Skip to content Skip to main menu
Home › Uncategorized › Referees Have the Hardest Job in the World – Let’s Help Them!

If you watched the NFL Conference Championship games over the weekend you saw some very exciting  – overtime – football. And congratulations to the Rams and the Patriots (including the remarkable Tom Brady).  You also saw some questionable calls, including a blown call that probably kept the Saints from advancing to the Super Bowl. There was a great article in the New York Times about that game and that “non-call.”  To read the article, click here.  There are several interesting points in the article, including:

The speed of the game on the filed is so fast, if you [a referee] are in the wrong place, how can you possibly make the right call – even though NFL officials get a tremendous percentage of close calls right – though they did miss that Julien Edleman did not touch the football and thus cause a fumble during Sunday’s Chiefs vs. Patriots match-up.  Yet they had the ability to go back and review the play and make the right call.

While as a fan it’s often tough to put emotions to the side, the NFL needs to find a way to help the referees out.  The obvious solution is to make any play reviewable, though the downside to that is the impact on length of the game.  It will add time.  Perhaps or judgment calls, only a remote group of referees and call for a review (like the NFL does in the last two minutes of a game)?  And the review must be completed within 30 seconds or else the call on the field stands?  Or some type of limit so that we do not end up with four-hour games.

It’s tough to be a referee.  Don’t yell at them – let’s help them out!  You can find out more about the NFL’s instant replay system in my book: The Evolution of Professional Football. 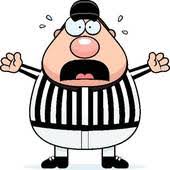 That’s all for now football fans!