Is Donald Trump the man with the tin touch?  According to many, he can magically turn billions into millions.  Equally magical is his ability to claim “Yuge” success from big financial failures over the years.  One of his all time “Hall of Fame Turds” is his investment in the USFL.  I did not discuss the USFL in my book as my focus was solely on the NFL (and leagues that merged into the NFL) but, looking back, it probably deserves at least a footnote in the second edition.  The upstart league almost made it and I remember watching a number of the games and thinking “these guys are pretty good.” And by these guys I mean Herschel Walker, Reggie White, Jim Kelly, Steve Young and many others.  If you haven’t seen the the ESPN 30/30 movie about the USFL called “Small Potatoes – Who Killed the USFL“, be sure to check it out.  Especially the part where Mr. Trump enters the scene and leads the USFL into a disastrous anti-trust fight with the NFL, a loss that all but ended the league.  For a more recent look at this, the New York Times published a story today on Trump’s involvement in the USFL. Click here to read it.  From the article:

“But the owners made two early mistakes. Eager to recoup some of their losses, they decided to expand to 18 teams for their second season, allowing them to pocket franchise fees of $4 million per team from the six new owners. It was too much too soon; from that point on, franchises folded, merged, moved — it bordered on chaos. And second, they let the Generals’ owner, an Oklahoma oilman named J. Walter Duncan, sell the team to Trump. The price was reported to be $9 million. (Trump later claimed it was only $5 million.)”

Trump’s idea was to move the league’s schedule from the spring to the fall where it would compete head-to-head against the NFL (even though it was clear that the league was not ready for that move).  While successful in the spring, the league’s move to the fall was a “Yuge” failure.  Additionally, Trump was – surprise! – everywhere.  Making newspaper headlines for his brash comments and kooky plans.

“At first, many of the owners were glad to have him play this role because it put a spotlight on the new league. But many U.S.F.L. observers soon came to believe that he did not necessarily have the best interests of the league at heart. “He was a dynamic figure, but he was dynamic on behalf of the Donald Trump interests, not the whole league,” said Keith Jackson, who broadcast U.S.F.L. games for ABC.”

Not hacking it on the field, the solution? Litigation!

“How was Trump planning to dig the U.S.F.L. out of a hole he had largely created? Litigation, of course! The U.S.F.L. would sue the N.F.L. for being an illegal monopolist. Among other things, the lawsuit charged that the N.F.L., by having TV contracts with the three major networks (this was pre-Fox), was preventing the U.S.F.L. from signing a television deal for a fall season. It asked for $1.32 billion in damages, which in an antitrust case are trebled if the plaintiffs win. That would be more than enough not only to sustain the league, but also to enrich its beleaguered owners.”

The result?  The jury awarded the USFL $1 in damages (yes, that is $1).  Trebled (as required under antitrust law), total damages came to $3.  Yes, Trump had magically “tripled” the league’s investment in the lawsuit. Needless to say, the USFL folded shortly thereafter.  The NFL got an influx of great talent from the disbanded teams, but knew enough to vote “no” to keep Trump out of the ownership club. Trump may not always be the smartest guy in the room or the most successful, but damn he is the most entertaining (and the most orange)! 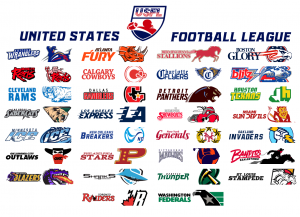 Like many I recently watched a replay of the entire Super Bowl I on NFL Network (thanks to my buddy Bart for reminding me about the broadcast).  The game was the first between the NFL and the upstart AFL and was a condition of the 1966 merger between the leagues (and the game wasn’t even called the “Super Bowl” yet, it was the “World Championship Game”).  In honor of the 50th anniversary of the game, the league pieced the television broadcast together through film saved by NFL Films as neither NBC or CBS (which both broadcast the game) bothered to save a copy. But, there is another copy of the game, taped on a professional quality machine.  It belongs to Troy Haupt whose father taped the game in 1967.  There is a great story about the taping in the New York Times (click here to read it), discussing the years-long fight between the NFL and Mr. Haupt about the price for the league to buy it from him.  Mr. Haupt asked for $1 million, the league countered with $30,000 and has not budged.  Moreover, since the broadcast is copyrighted by the NFL, the league has threatened to sue Haupt if he attempts to sell it to a third party.  From the article:

“A letter from the league to Harwood last year provided a sharp warning to Haupt. “Since you have already indicated that your client is exploring opportunities for exploitation of the N.F.L.’s Super Bowl I copyrighted footage with yet-unidentified third parties,” Dolores DiBella, a league counsel, wrote, “please be aware that any resulting copyright infringement will be considered intentional, subjecting your client and those parties to injunctive relief and special damages, among other remedies.”

“What the league technically has is a property right in the game information and they are the only ones who can profit from that,” said Balsam, a former N.F.L. lawyer.

But, she added, the league has not handled the matter as well as it should have.

“It seems they’ve misplayed their hand here,” she said. “They’ve known about this tape for years, and it seems to me they should have resolved this years ago, because it’s important footage.”

But until the league and Haupt resolve their differences, the public will never see the game as it happened, on the winter day when Green Bay became the champion of the N.F.L. and A.F.L., and Martin Haupt took a mysterious route to recording history.”

While the NFL Film version is good (other than constant interruptions of the annoying panel of commentators) it would be vastly improved with access to this tape.  Come on Troy and NFL, let’s work this out so fans can enjoy the full legacy of the first Super Bowl!