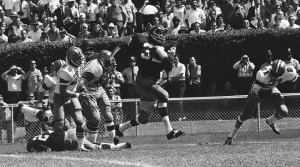 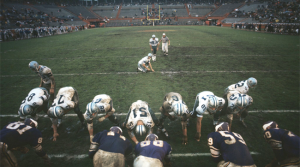 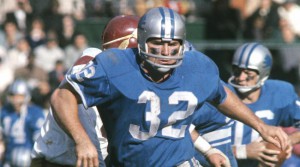 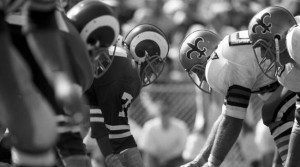 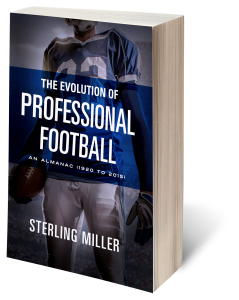 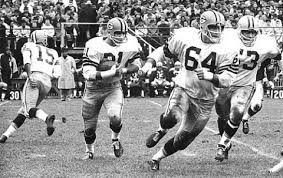 As you know from my book, “The Evolution of Professional Football,” the American Football League begin in 1960 as a direct competitor of the NFL.  Among the original eight teams were the Los Angeles Chargers.  The Chargers moved to San Diego in 1961, after playing their first season in LA.  Yesterday, the Chargers announced they are moving back “home” — 55 years later!  Click here to read more on this. 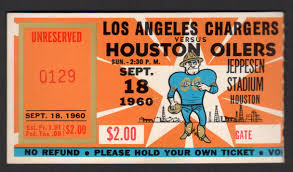 The Chargers have consistently worn the coolest uniforms in the NFL – the Bolts and Powder Blue! 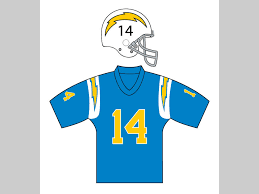 One of the first NFL games I remember watching was the Green Bay Packers vs. the San Diego Chargers on Monday Night Football.  Who was I rooting for?  The team with the coolest helmet of course!  That being San Diego in case it wasn’t clear.

This move obviously sucks for the many dedicated fans living in San Diego.  But it represents a bonanza for Los Angeles which got the Rams back from St. Louis last year and now have the Chargers on the way.  Both teams will ultimately play in the new billion dollar stadium being built by the Rams.  In the interim, the Rams are playing in the ancient Coliseum and the Chargers will play in the local soccer team’s stadium, which holds about 30,000 people – making it the smallest stadium to host an NFL team by about 30,000 seats (the Oakland Coliseum seats around 60,000).  The only problem for the Rams and the Chargers, regardless of where they play, is no one in LA gives a crap about either team.  Which is why both teams ultimately left in the first place. But the new stadium will instantly double the value of both franchises because it is a license to print money from seat licenses, parking, concessions, suites, etc.  The Chargers did try to stay in San Diego – but wanted the City to contribute toward a new stadium.  The voters said “No thank you” and now here you are.  You can debate the value of having an NFL team in terms of dollars and cents, but you cannot place a value on the damage to the City’s psyche of being another also-ran in the NFL team department (just ask two-time loser St. Louis and Baltimore before the Ravens came). 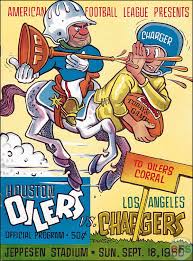 While I am sorry to see San Diego lose the team (and watch out for the Raiders moving to Las Vegas next), the bottom line is that cities that want teams are going to need to pay up or shut up.  The owners have a rare product and it’s a seller market.  While the sun will come up tomorrow in San Diego, lightning storms will never be the same.

While I have your attention, here are my picks in the four divisional playoff games:

PS Get the full history of NFL teams leaving and moving in my book!

The Oakland Raiders are back in the playoffs! The Raiders have long been a favorite of mine. In my book I write about seeing an Oakland Raider helmet on a shelf at the local JC Penny and desperately wanting it. Why? Because the silver and black with the “pirate” football player logo was pretty awesome – especially when you’re ten!

I cam across this article setting out the history of the Raiders’ uniforms.  While we think of the team as always wearing the “Silver and Black” with the awesome helmet logo, that was not always the case.  In fact, the first uniforms were black and gold!  Click here to read the article.  From the article by Paul Lukas @uniwatch: 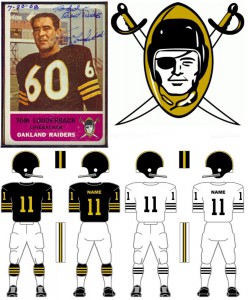 Moreover, Lukas notes that the numbers were not always black, they were white, as was the original background color of the helmet logo: 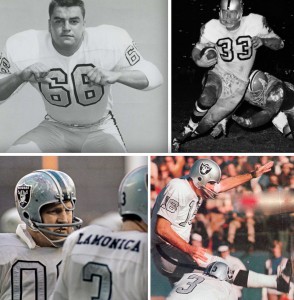 Another neat thing about the Raiders uniforms is in the beginning, the Raiders showed the players’ full name on the back of the jersey! 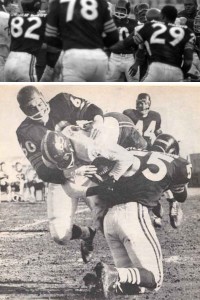 If you’re like me, this type of history and trivia is what makes the NFL so interesting.  You can read more about the history of the league, uniforms, helmets, etc. in my book: “The Evolution of Professional Football” available at sterlingmillerbooks.com

The playoffs are starting – now it gets good!  Keep watching.